The results are in:

Congratulations to Bryan on becoming the new County Councillor for the Belvoir Division.

Bryan Lovegrove was born and raised in Thorpe Arnold in a large farming family. He went to school in Melton Mowbray, following which he attended Brooksby agricultural college. In his professional career he has always been connected with farming and the agricultural industry and he feels very fortunate to have lived and worked in the countryside. He is passionate about protecting our rural way of life but he also understands the challenges that it can bring.

Bryan has been involved in the National Federation of Young Farmers Clubs for the last 25 years and still represents them on a voluntary basis as the East Midlands Area President & National Vice President. He is a member of the Melton branch of the NFU and he served as Chairman in the year that we had the outbreak of foot and mouth in Melton Borough.

Living in Long Clawson, he is an active member of the village having served on the village hall committee for over 20 years, most notably as a committee they instigated the new village hall build which has benefited not just the residents of Long Clawson but many other villages as well. He also led a parent lobby group in the Vale of Belvoir to get Belvoir High School age ranged changed to age 16, so that pupils could take their GCSE's at Belvoir High School without disruption and after much hard work and lobbying, they were successful. 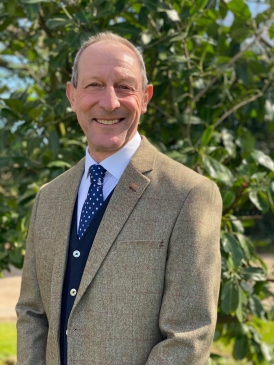 078544 92629
Bryan.Lovegrove@leics.gov.uk
Follow me and the team on Facebook
Copyright 2023 Rutland & Melton Conservatives. All rights reserved.
Powered by Bluetree