Meet Gordon Brown, yes that’s right, a member of the Conservative Party with that name and hailing from Scotland as well.

As a relative newcomer to the area, Gordon has become very active in local politics not just as the Rutland County Councillor for the Ketton Ward in the furthermost south eastern part of the Constituency but is also the Deputy Leader at the County Council, chairs Barrowden Parish Council.

Educated in Glasgow, Gordon studied mechanical engineering at the University of Glasgow before going on to work for a number of major engineering groups including Weir Pumps, Thyssen-Bornemisza and Lonhro before switching career to take on the Chief Executive’s role at Wilkinson Hardware Stores (Wilko) where he took the company during his 17 year tenure from £90m to £1.5 billion by the time he retired in 2007.

“Rutland is one of the top performing and most efficient Unitary Authorities in England spending less on average per head than other Unitaries but we have one of the highest Council Tax rates in the Country. This is fundamentally unfair and a situation about which both Alicia our MP and myself are lobbying Ministers to correct this injustice during the forthcoming review of local government finance.”

In his spare time, Gordon is a keen photographer having spent the last 25 years travelling the world to take underwater images of some of the finest coral reefs and their inhabitants from the Caribbean all the way to Indonesia. Having retired from diving, he has a new lease of photographic life with the Stamford and Rutland Photographic Society. 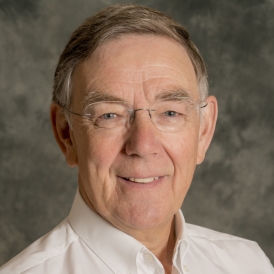