Meet Steve Evans who has been a member of the Association since 2017, having moved from Yorkshire to Oakham, prior to which he lived at Waltham on the Wolds for nearly 20 years. Family life is very important to Steve, hence he and Louise moved from Yorkshire in 2016 to be near their daughter and family, and just a few hours from Kent where their son and family are based.

Steve took over as Treasurer in 2018 and is having a very active time with the role, though will be stepping down at the 2021 AGM. He is also the Treasurer at Oakham Branch.

Steve “retired” from Financial Services in 2016 having taken on numerous roles and responsibilities around the UK and abroad. Not ready to fully retire, Steve now works as a part time gardener in Oakham.

With a passion for the outside Steve enjoys rambling and has managed a number of long distance walks, all for pleasure. He established the Waltham Dollywaggon Venture Scout Unit which he ran for 15 years. He has also been a School Governor and a member of Rotary International.

On politics Steve wishes there was more consensus and working together at all levels. Adversarial behaviour leaves him saddened as there is so much good that could be done in our Country and across the World. He gets angry with “political correctness” and the increasing rise in small pressure groups seeking and often grabbing the headlines with the media. He has high hopes for Alicia who is already working hard at Constituency and National level.

Steve has been a Conservative all his life and was delighted when Margaret Thatcher took to the helm in 1979 to bring our Country back from the brink, a momentous year for him too as that’s the year he married Louise!!!! They were Young Conservatives at the Bridlington Branch, a thriving group with over 30 members, vying with the local Young Farmers as to which might be the best marriage bureau!! (Clearly before the age of the on-line chat services now so common!!). He would be delighted to see the resurgence of Young Conservatives, here in Rutland and Melton.

Guilty Pleasure(s) Playing music in the Rutland Concert Band Travelling, walking, gardening and DIY. Yorkshire: Outside Rutland, for those in the know, Yorkshire is God’s County!!! 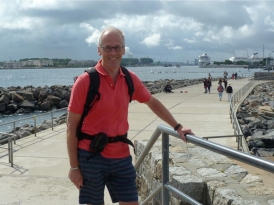