Peter has lived in the Borough for most of his life. He is married to Elaine and works as the office manager for Elaine’s Taxis. Peter was involved in Scouting for many years as a Cub Scout leader, Group Scout leader, a member of the district executive and chairman of the Scout Fellowship. Peter was also a football referee serving on all local leagues from the juniors to the senior league. Peter also spent 7 years as a parent governor at John Ferneley. Peter is an active member of the Melton Mowbray Taxi Drivers Association.

Elected to serve the Egerton Ward Peter takeS on board all issues raised by residents and works his hardest to resolve them with the Council. Peter has a particular interest in Planning, Licensing, Housing and Road Infrastructure with a particular interest in the local plan and its effects on the whole Borough. Peter welcomes the massive improvements taking place at the cattle market.

Peter is aware of some of the issues affecting the ward such as dog fouling, anti social behaviour, irresponsible car parking, drug dealing and abuse to name a few and he would be looking for ways to improve these situations. 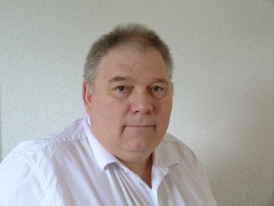