County Councillor for Braunston and Martinsthorpe

Edward has been a County Councillor since 1996. He became Leader in 1998, and held that position for 4 years until 2002. He took on the role of Chairman in 2008, and held office until 2011. He is currently Chairman of the Planning and Licensing Committee, and Vice-Chairman of the Council to Kenneth Bool. He also chairs the Conduct and Audit Committee.

Outside the Council Edward is Chairman of the Uppingham Neighbourhood Plan Task Group, Chairman of Uppingham Town Centre Development Group, and Vice-Chair of Uppingham First.
He has been active as Vice-Chairman of SPARCE, the national organisation focusing on fairness for rural councils, and after training as a HMI (political) inspected Gloucestershire Educational Directorate.

Edward Baines was educated at Oakham School where he was Head Boy, and Selwyn College, Cambridge where he achieved his Masters in English. He went on to teach English at Stamford High School, and at Biggleswade. He is the proprietor of The Rutland Bookshop and now farms pheasants in Rutland. 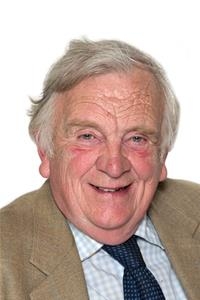