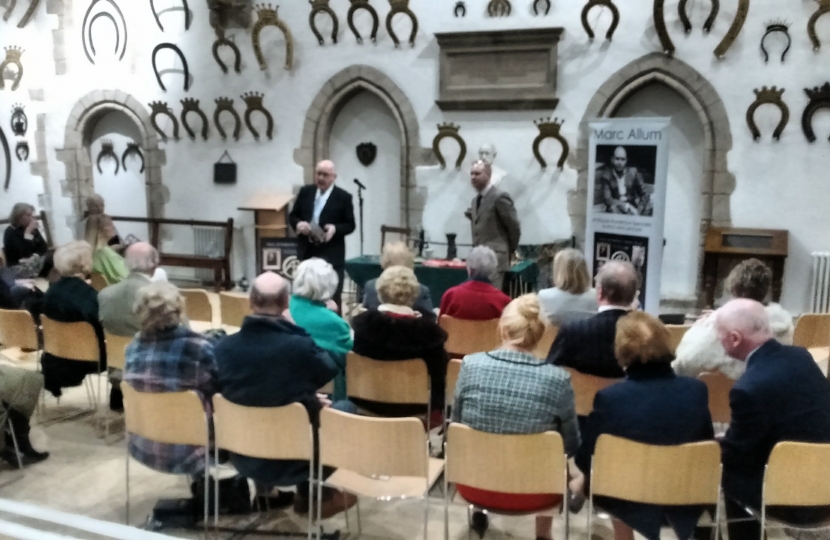 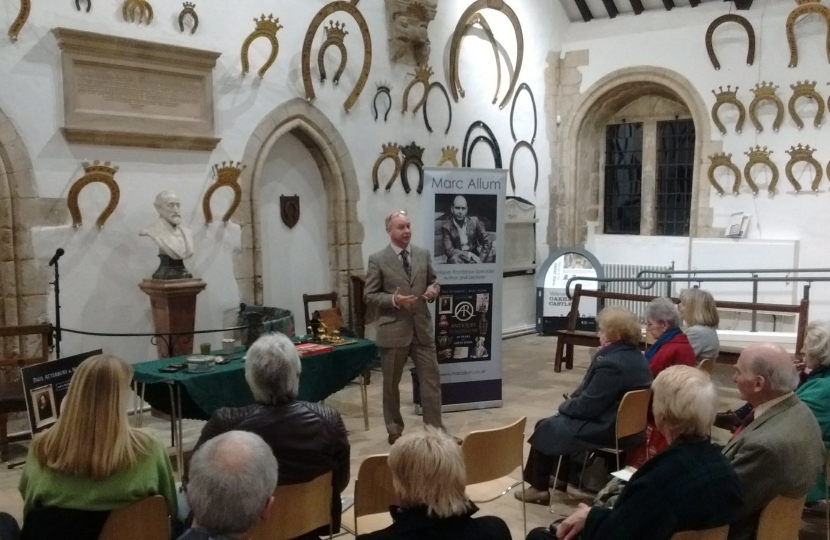 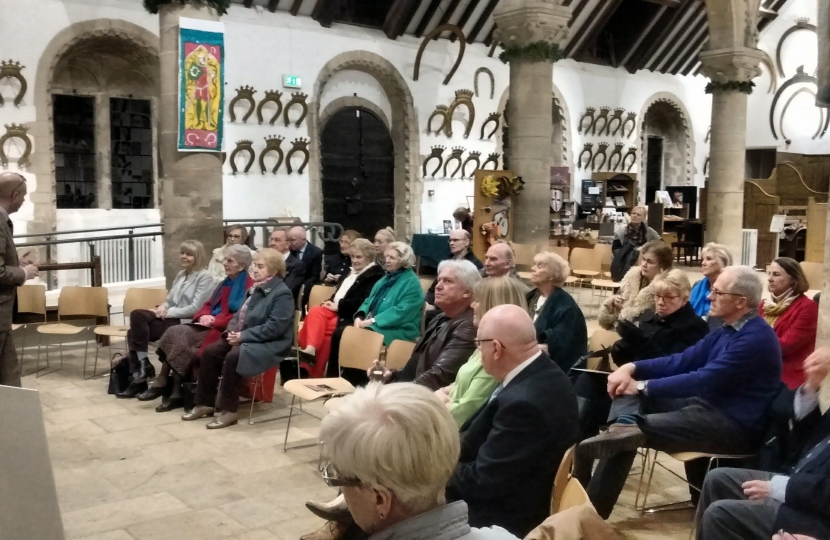 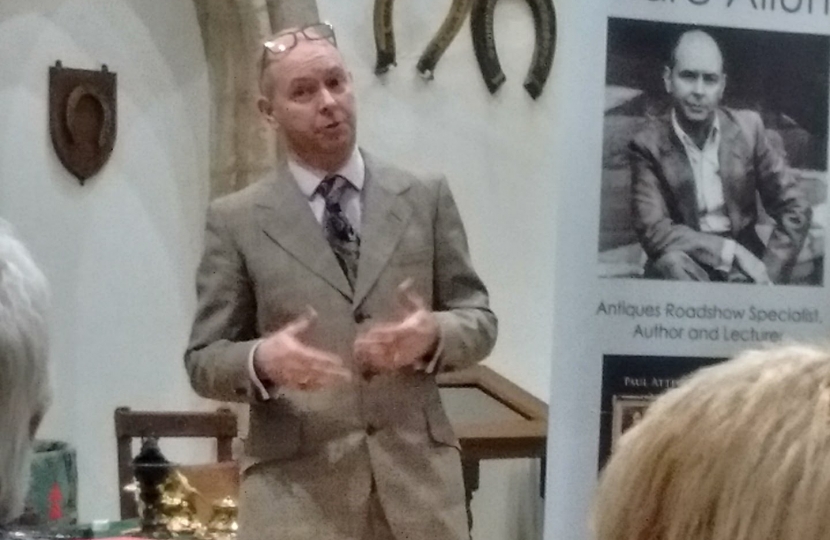 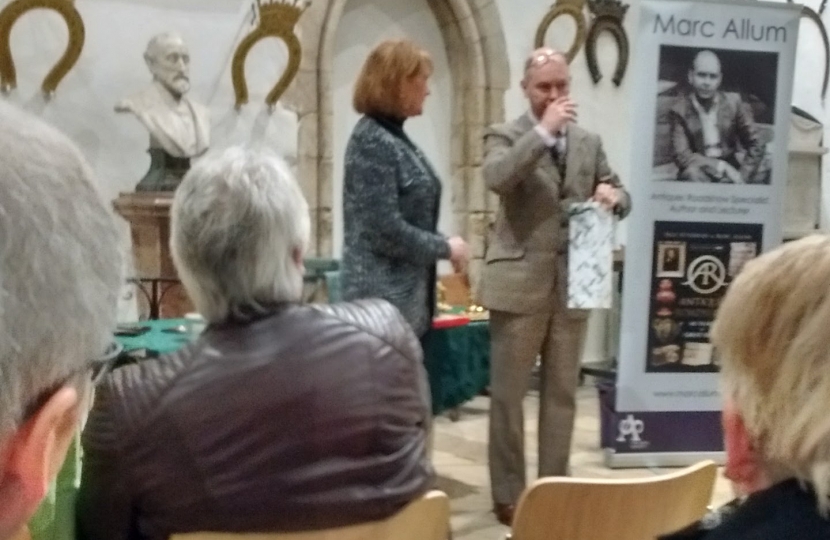 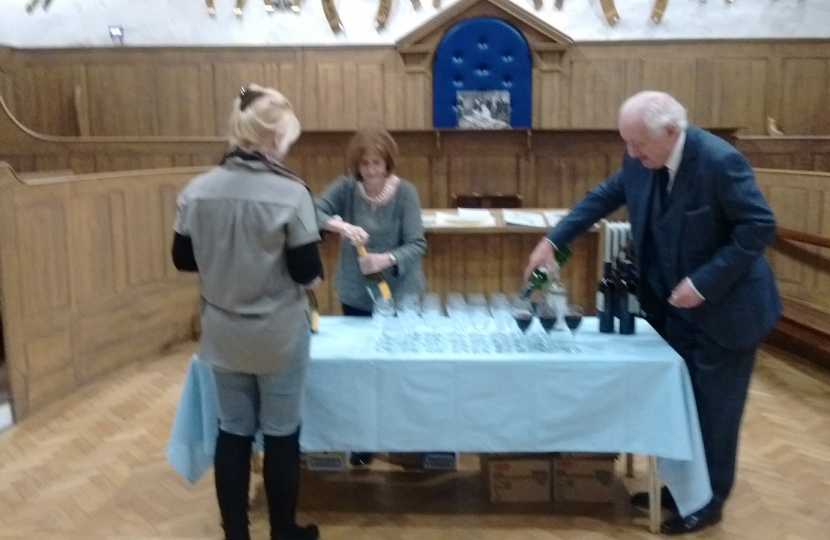 A small but select and very interested group of people met Marc Allum (of BBCs Antique Road Show) in the Castle at Oakham on Wednesday 21st March 2018 in aid of Association funds. They were shown, through a series of his own artifacts, how Marc had become interested in collecting, and why the price of most objects interests him less these days than the people and stories that surround such items. His talk was amusing and lively and driven by his enthusiasm and ease of address, which morphed into explanations of several of the objects presented to him by the audience completely unannounced or previously unseen, from a "1960's Spirograph, to a set of 17c apothecary's scales" with several lumps of ancient rock and stones thrown-in between times. Excellent food was provided by Sheila Randall and her dedicated girls and free wine was provided. Marc kindly donate a goodly percentage of his book sales on the night to the Association. Pam Baguley and Bryron Rhodes welcomed and thanked the speaker for the generous use of his time, and knowledge imparted.