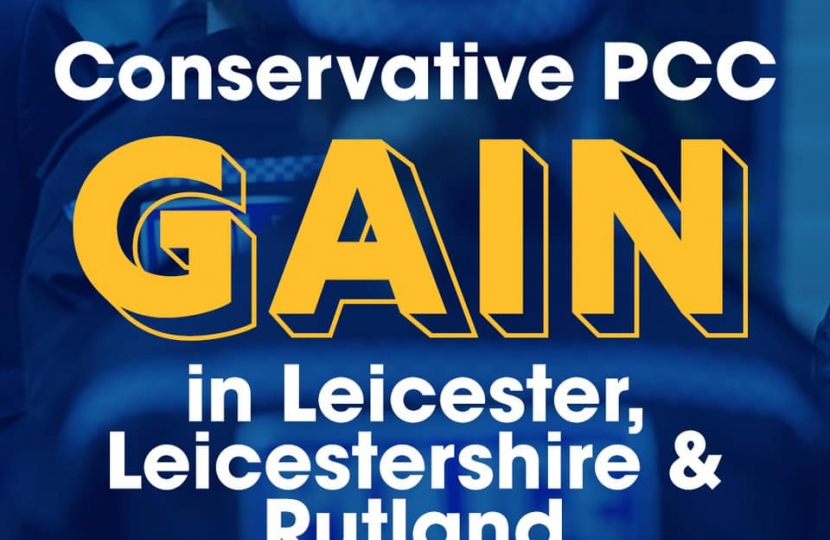 The first preference votes for the Leicestershire PCC election were as follows:

Due to no candidate receiving more than 50% of the vote, second preference votes were then counted as James Moore (Liberal Democrat), was eliminated from the race.

The results after the second preference count are:

Rupert Matthews (Conservative) is duly elected as Police and Crime Commissioner for Leicestershire.

The overall turnout for the PCC election is 31.11%

A huge congratulations to Rupert on this significant win and thank you to all of our members, Councillors and volunteers who worked tirelessly on this campaign to return a Conservative PCC.

Our Plan for Growth

Chancellor Kwasi Kwarteng on Our Plan for Growth in the economy