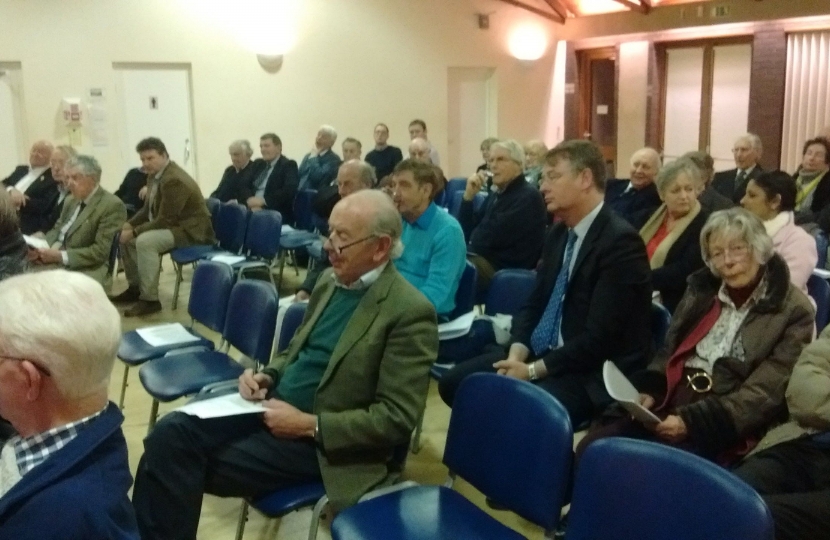 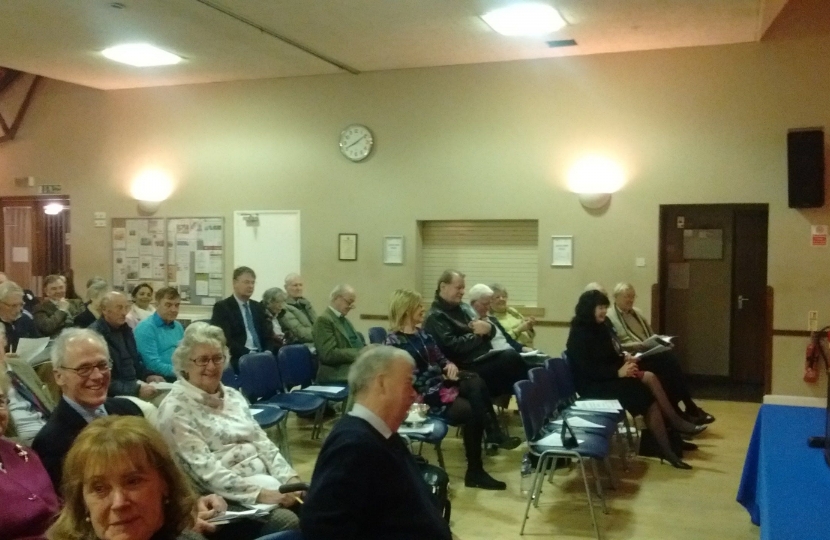 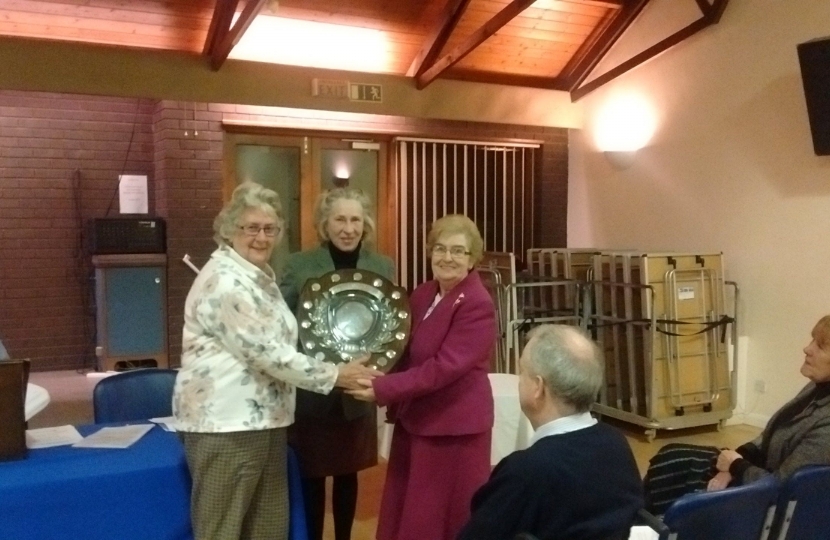 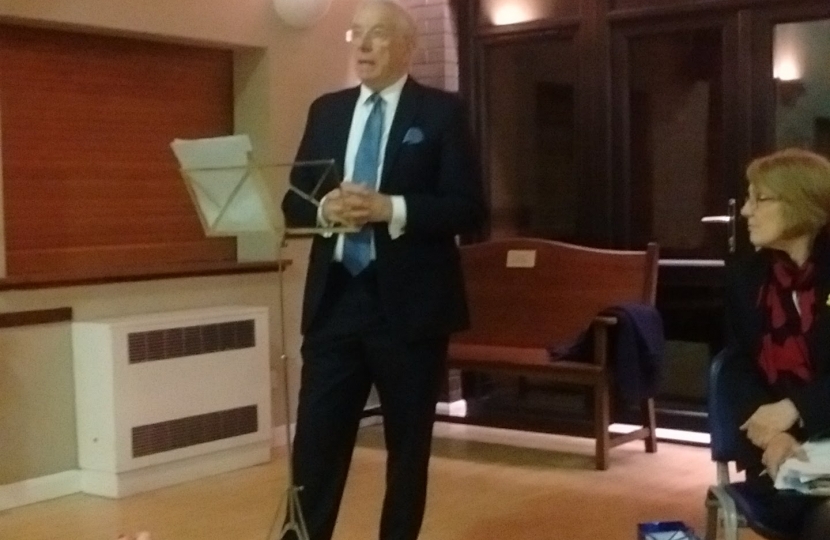 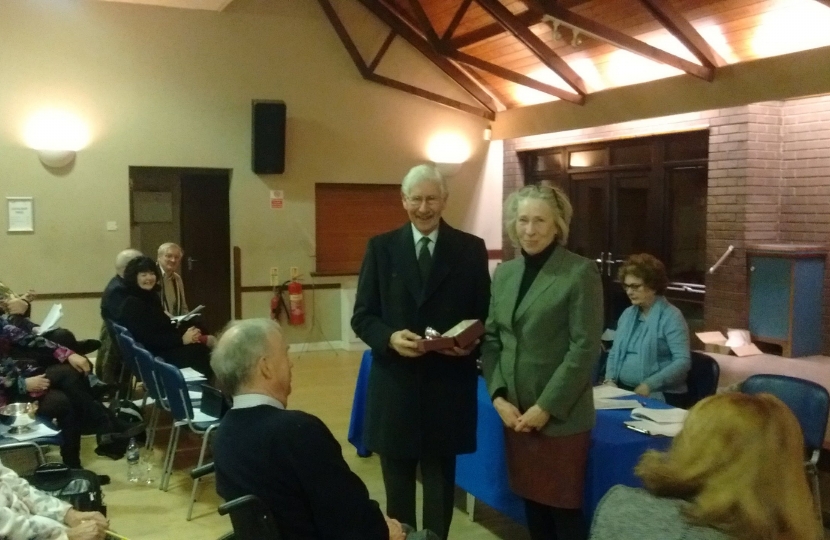 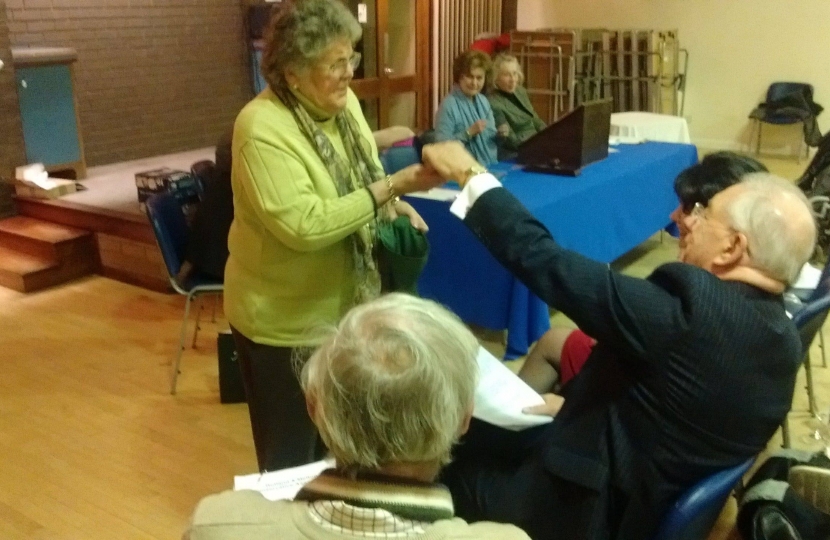 The AGM of the Association took place on 16th March 2018 at Gloucester House in Melton Mowbray, her Grace the Duchess of Rutland chairing.
A minutes silence was observed for departed merit during the year.
60 Members attended, and were able to thank the outgoing Chairman - Mary Anne Donovan of four years - for her invaluable work and dedication in some very difficult times and changes to the constitution of the Party. Mary Anne had been involved at the highest level of the Association for over 11 years, holding Office as Membership Vice Present initially, through Event Committee VP, and four years as Chairman. Sir Alan Duncan had presented to her a small personal gift (in his enforced absence) on government business.
Kenneth Bool read a message from Sir Alan who gave his apologies, the first time he had ever had to miss an AGM!
The outgoing chairman gave a brief retrospect of the past year, the activities and election successes and defeats, and the fundraising activities. A Highly successful year.
Michael Osbourne the outgoing treasure presented the accounts which were approved and applauded.

Election of New Officers for the forthcoming year were approved unanimously, with Cllr Byron Rhodes taking on the role of Chairman. (The Complete list of personnel can be found on this site under "People")

Rt.Hon Neil O'Brian MP for Market Harborough stepped in at short notice, to give the keynote inspirational speech on behalf of Sir Alan, and this was gratefully received and much appreciated by the knowledgeable and interested audience. Neil then answered some excellent questions from the Members, which enabled him to still further expand his theme on current issues.