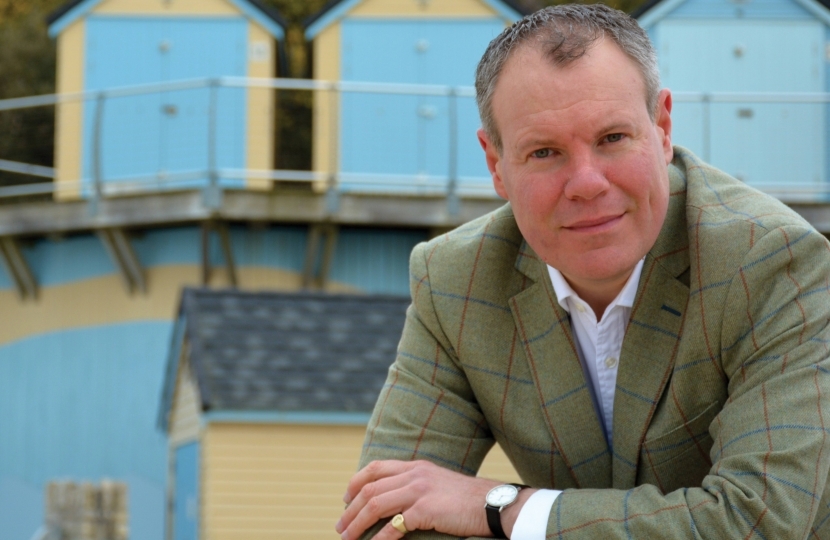 We are excited to announce that we will be joined by Rt. Hon Conor Burns MP on Thursday 20th May at 7pm. Conor will be discussing his time as PPS to Boris Johnson at the Foreign Office, as well as covering his close friendship with Lady Thatcher. As usual, this session will be followed by a question and answer session.

Tickets for this event are £10 per household or £8 per household for Young Conservatives and can be purchased by clicking 'Buy Now' below. Please send your questions to office@rutlandmeltonconservatives.org and we will try and get through as many of them as possible during our time with Mr Burns.

We hope that you will be able to join us for what will be a very interesting and insightful evening.

Conor was born in Northern Ireland in 1972 although at a young age his parents moved the family from Belfast to Hertfordshire where Conor grew up.

Conor attended St Columba’s College in St Albans a school run by the Brothers of the Sacred Heart. To this day he remains close to his former Headmaster Brother Clement.

On leaving school Conor took a degree in Modern History and Politics at the University of Southampton during which time he was also Chairman of the Southampton University Conservative Association.

In 1999 Conor began a short stint as a Councillor on Southampton City Council for the inner city St Lukes Ward. In the same year he was chosen to be Parliamentary candidate for Eastleigh a seat he fought in the general elections of 2001 and 2005 losing to Chris Huhne by 558 votes in 2005.

In his career in the private sector before entering Parliament Conor worked as Company Secretary and Head of Business Development for a start up Information Services company as well as roles in the communications and financial services sectors.

Elected to Parliament for Bournemouth West in the general election of 2010 Conor was elected to serve as a member of the Education Select Committee.  However he relinquished this role when he was promoted by the Prime Minister to serve as a Parliamentary Private Secretary in the Northern Ireland office. Conor resigned from the Government in 2012 in order to vote against the House of Lords Reform Bill.  Following his resignation Conor stood for election to the Culture Media and Sport Select Committee.  He explained that he wanted to join this committee as it covered tourism which is Bournemouth’s second largest employer and to be able to promote Bournemouth’s digital and creative sector as both Bournemouth University and the Arts University Bournemouth are both in his constituency. Conor was returned to Westminster in 2015 with a greatly increased majority.  After the 2015 general election Conor was appointed as a Parliamentary Private Secretary to the Treasury.  Following Theresa May's appointment as Prime Minister she asked Conor to serve as Parliamentary Private Secretary to the Secretary of State for Business, Energy and Industrial Strategy the Rt Hon Greg Clark MP and then the Secretary of State for Foreign and Commonwealth Affairs, the Rt Hon Boris Johnson MP.  On 25th July 2019, Prime Minister Boris Johnson appointed Conor as Minister of State for International Trade. Conor was re-elected for the third time in December 2019, with a majority of over 10,000 votes.

Conor has gained a reputation for speaking his mind and has on occasion voted against a three line whip in the House of Commons when he regards an issue he disagrees with as particularly important.

In his spare time Conor goes to the gym and enjoys cooking.  He is also a snooker fan and most years goes to the World Championship final at the Crucible in Sheffield and the Masters in London. He is also a life long watcher of Coronation Street and has visited both the old set and the new set at Salford Quays.