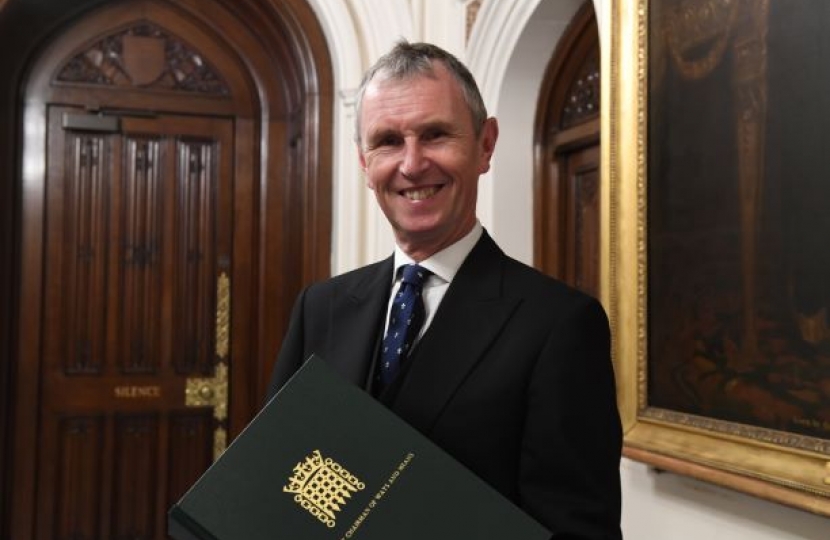 We are excited to announce that we will be joined by Nigel Evans MP on Thursday 4th March. Nigel will be discussing with us his role as one of the Deputy Speakers of the House of Commons, as well as a few interesting stories along the way. This will be followed by a question and answer session.

Tickets for this event are £10 per household or £8 per household for Young Conservatives and can be purchased by clicking 'Buy Now' below. Please send your questions to office@rutlandmeltonconservatives.org and we will try and get through as many of them as possible during our time with Mr Evans.

We hope that you will be able to join us for what will be an enjoyable and insightful evening.

Nigel was first elected as the Member of Parliament for Ribble Valley in 1992 and has served the area ever since. Nigel worked as PPS (Parliamentary Private Secretary) to the Rt Hon David Hunt MP while he was Employment Secretary and Chancellor of the Duchy of Lancaster between 1993-1995. He was then PPS to Tony Baldry MP, the Ministry of State for Agriculture, from 1995-1996 until he became PPS to the Rt Hon William Hague MP, Secretary of State for Wales, in 1997.

On 8th June 2010, Nigel was elected as one of three Deputy Speakers of the House of Commons. It was the first time elections had been held for the roles and Nigel topped the poll. He served as First Deputy Chairman of Ways and Means until September 2013, when he returned to the back benches.

In January 2020, Nigel was again elected as one of three Deputy Speakers, and continues to serve as Second Deputy Chairman of Ways and Means.